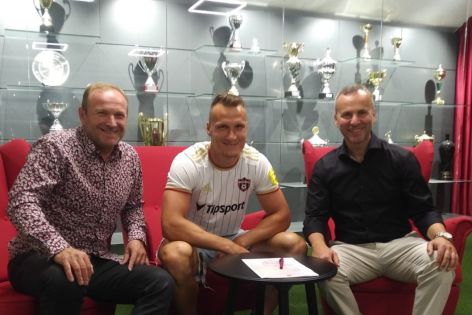 FC Spartak Trnava, current league cup winner and one of the most successful clubs in Slovakia, is the new destination of 30-year old defender.

"I was looking forward to signing an ambitious club, following my ten-years spell in Czechia. I believe Spartak Trnava is the best destination for me," admits Lukáš Štetina.

"I would be happy to help Spartak achieving good results in front of great fans," added Štetina, who signed new contract in company of his agent Milan Lednický Monday morning.

"Regarding Lukáš we noted several bids from interesting destinations such as Middle East, but player has expressed his will to come back to his home country. From potentional clubs he focused on Trnava where we agreed on personal terms and signed two year deal," concluded the most important FSA chairman.

Lukáš, we wish you all the best in the new club!