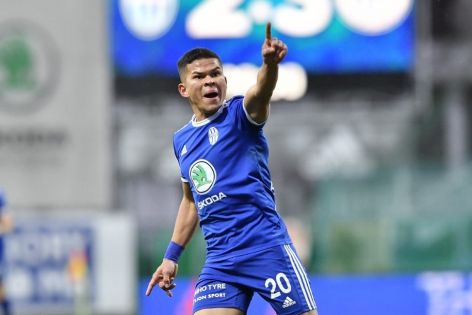 He opened the score in 9th minute, but his side unfortunately loss the lead and were two goals down in the middle of the second half.

Despite being two goals down, Mlada Boleslav managed to level the score, especially thanks to Ewerton who performed great individual breakaway and scored for 3-3 in injury time.

"The fans could see six goals, but our plan was to win the game. Of course, when I look what the score was, this point is valuable," admits Ewerton, who devoted his goals to his fiancée Karoline sitting on the tribune.

You can watch the goals on the right in ´Latest video´ column.

"I think the problem was when we came to 1-3. That was too much. I felt we had power to make the determiner, but the time was up, maybe if we played five or ten minutes more, but this is football," added Ewe, who is climbing up the top in Czech league productivity chart. Actually he is on 9+6, just a point behind Czech international Adam Hložek of Sparta Prague.