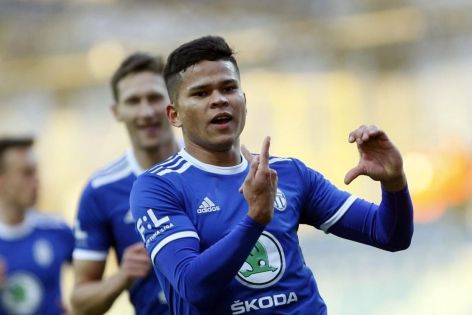 "I think everything has its grounds on my self-confidence. I am playing regularly, coach trusts me and I try to do my best. When I see open space or situation one-one-one, one-on-two, I go there in order to help the team," says Ewerton.

He likes games against top seeded teams, such as Sparta, Slavia, Plzeň or others.

"Maybe I enjoy them little bit more, because there is usually good crowd and everybody likes playing in front of fans," admits Ewerton, who scored yesterday against Viktoria Plzeň (ranked 1 in league) in MOL Cup 1/8 finals. Mladá Boleslav has won 2-0 and got into next round.

"We played better especially in second half. I opened the score and then we gained more confidence. We earned great victory."

Ewerton is actually on 6 goals and 5 assists after 14 games, putting together 12 league and 2 cup appearances.

Watch out some of his greatest skills on video.